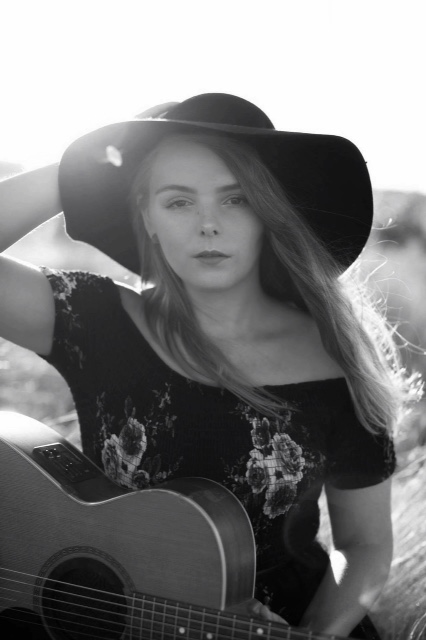 Leonie Kingdom is a shy yet dynamic 24-year-old singer/ songwriter that has had a number one hit on Triple J Unearthed since the release of her single Night Terrors in May this year. Her haunting melodies, unique vocals and all-too-real lyrics have won her an audience of followers, with over 40,000 plays of her single on Spotify and 8,000 listens on Triple J Unearthed. Her songs are receiving 4 and 4.5 out of 5 rating from Triple J presenters.

Leonie has always lived in Hervey Bay and her interest in music started at school through a mandatory music course at Urangan High. As soon as she picked up her first guitar, music became something important. Having no idea that she had any musical talent, school became her mentor with her parents supporting her new love with the same enthusiasm they had supported her other many hobbies including horse riding and skateboarding. Unlike horse riding and skateboarding, music was the hobby that won her heart. Initially, playing guitar was the extent of her music, with the singing only happening after she was challenged. Wanting to be better and having no official training, Leonie worked hard on developing her voice. Her strong yet haunting voice is unique and capturing.

Her first guitar was given to her from her uncle who picked it up from the shop in the local tip. She still recalls the looks of disbelief as she took this guitar to the music shop to get it new strings and a tune. It was while she sitting on kitchen floor and playing her first tune – a Missy Higgins song, that her parents realised that this was more than another phase and purchased her a better guitar. The teachers band Dogwood Crossing at the Torquay Pub. From there she started getting her own gigs and began playing full time.

Unfortunately even though she was gigging every night, she was also singing the same songs and although she was making good money she grew tired of the repetition and the minimum inspirational growth. She became unhappy at playing in dark corners in TABS and pubs with an audience that was not really listening. After five years of doing this she became quite depressed. At 22 she decided to give music a break. Having always had a soft spot for the dark side of life, Leonie started to do volunteer work for Head Space.

Many of her songs are about mental health. It was from here that she decided to start studying mental health nursing at university. Although it was a bit of a roller coaster ride taking up studying again, the process seemed to open her mind and regenerate her interest in music and songwriting. She entered many competitions trying to get her name out. The experience she says “can be more harmful than helpful, in fact often crushing.” She finally won the opportunity to record her first EP by winning a competition through Hervey Bay Unplugged hosted by Tim and Mak from radio station HitsFM. 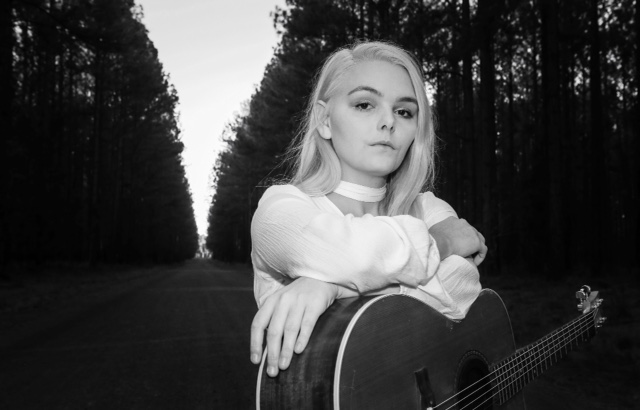 She had entered this five times before she actually won. Recording the EP has seen her career skyrocket, as it enabled her to release her music online, particularly through Triple J Unearthed. Her songs come from deep within, so releasing them to the public was a very personal thing.

“Letting people into your life is very scary because you leave yourself open to being judged,” Leonie admits. “Everyone sings about the generic love songs but not many sing of their own mental issues- their dark side.” Her music hits her audience on a personal level with many of her listeners contacting her and telling her how they can relate. Leonie loves hearing from her fans- about the connection they get with her music and lyrics. Her single ‘Night Terrors’ was written at a time when she was at her most anxious and depressed. The song is different and real, and allows people to relate and admit their sadness.

When Doctor Doctor contacted her to use her song, social media simply went crazy. Leonie needs help to get her to the bigger shows and festivals. It’s difficult because being a solo artist she does not have a band behind her, so performing live often lacks the production. Leonie sees herself in five years performing on a greater level and writing and recording more of her music. Her second single ‘So much more’ was picked up quickly and went to number one within a week. ‘Night terrors’ still continued to stay in the charts

Leonie however has kept herself firmly grounded and is not letting her success to date sway her from her goals and beliefs. As she says, “I am not willing to sell my soul too quickly.” She is still heavily committed to balancing her growing music career with her study. Her future holds many challenges with her participation in the Heart of Gold film festival- part of the Rush festival and completing the successful launch of her EP at the Beach House Hotel. 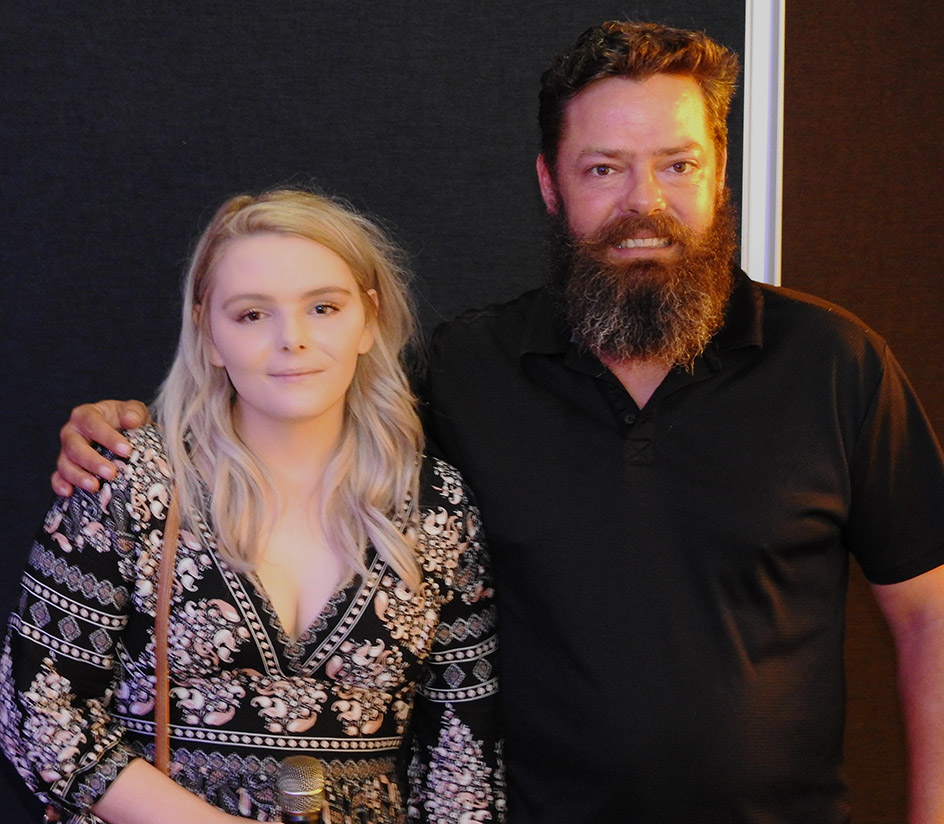 To date, Leonie has performed at Tamworth music festival, The Gympie Muster, Heart of Gold International film festival, Queenscliff music festival, Spirit of Bundaberg Festival, Ocean festival, alongside many other events Australia-wide. She has also opened for artists such as Ella Hooper of Killing Heidi fame and Boat Keeper.