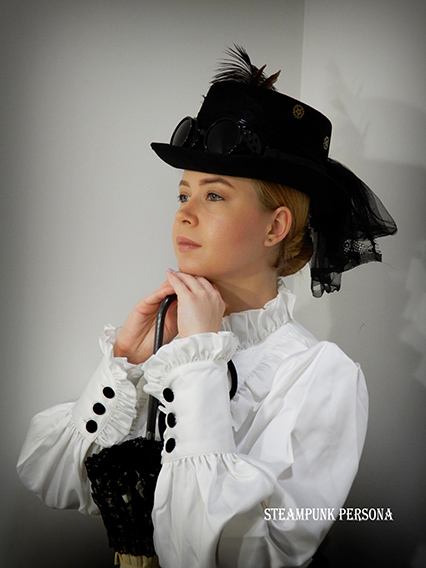 If you haven’t heard the term ‘steampunk’ before, or not sure what it means, don’t worry – you’re not alone.

If you have seen Hugh Jackman’s ‘The Greatest Showman’ or one of the recent Sherlock Holmes movies you would understand the style of dress. Edwardian costumes with plenty of gadgets and imagination thrown in for good measure.

And if you’ve caught yourself thinking, “That jacket’s awesome!” or “I’d love an excuse to wear that dress,” then you could soon be in for a treat.

Steampunk Persona is a new business which aims to satisfy those looking for a style that is a bit out of the ordinary, and in some cases, straight out of the movies.

Operating out of the Wandering Teapot at Stockland Hervey Bay, it’s a social enterprise that provides period and steampunk clothes and accessories, often seen these days in blockbuster Hollywood movies and pop videos.

But it’s a style that is all about imagination, quirkiness and fun! Sometimes it’s nice to ask: “What if?” In this case, what if I could wear that Edwardian Jacket with my latest edition phone and still get away with it?

Well now you can, according to Steampunk Persona’s owner and operator Maggie John.

Huge steampunk events are held around the world attracting many people keen to show off their costumes and fantastical creations. One such event is the Goth/Steampunk Picnic in the Park in Germany which attracted about 20,000 visitors last year from as far away as Argentina, Australia, Peru and Japan.

Maggie said the Fraser Coast was an undiscovered treasure for steampunk enthusiasts with the potential to host similar large-scale events.

“Queens Park in Maryborough is the perfect location for a steampunk event. This park has a Victorian-era bandstand, a model steam railway and even the Mary Ann, a full-size replica steam train which carries passengers through the park. 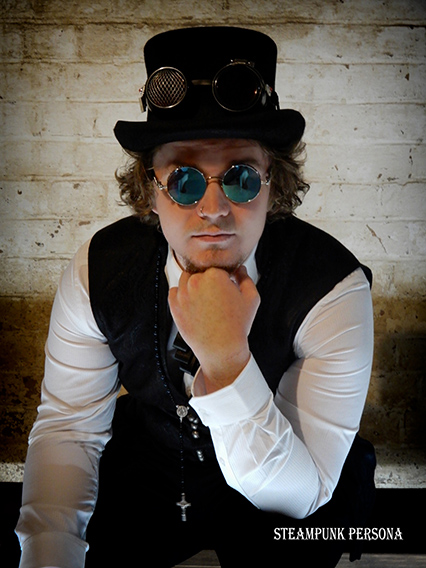 “The displays are fabulous, visually stunning and well crafted. We’re about to get even more of them with the Mary Poppins Festival fast approaching and new displays opening soon in Maryborough.”

“For Dr Who buffs there’s even a time machine at the Bond Store! An imaginative interactive display sure to spark the interest of even the most casual observer.

“A fun way to learn about history is to adopt a steampunk persona. Become a fictional character and learn more about the history and environment surrounding that person.

“As a region, we work very hard to promote our history. Fashion has a way of turning full circle, so with all our history and story trails we believe the Fraser Coast is set to become one of the coolest and most fun places in Australia.”

Our coal mining and engineering history, paired with local events and existing promotions such as the time cannon costumes, the Mary Poppins festival, the Historical Village and the Heritage Markets make this region the perfect home for steampunk in Australia.