Q) What do you call a dinosaur that is sleeping?
A) A dino-snore!

Q) What did one plate say to the other plate?
A) Dinner is on me!

Q) Why did the student eat his homework?
A) Because the teacher told him it was a piece of cake!

Q) How do you stop an astronaut’s baby from crying?
A) You rocket!

Q) What is a witch’s favourite subject in school?
A) Spelling!

Q) What kind of tree fits in your hand?
A) A palm tree!

Q) What did the little corn say to the mama corn?
A) Where is pop corn?

Q) What is worse than raining cats and dogs?
A) Hailing taxis!

Q) How much does it cost a pirate to get his ears pierced?
A) About a buck an ear.

Super Heroes In The Fraser Coast 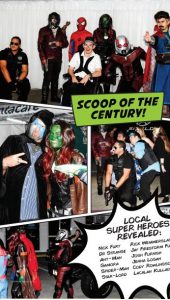 On Friday November 2 my partner Stephen and I attended Centacare’s ‘Dancing in the dark Masquerade Ball’. The event put together by Karen Samuel’s and her team from Centacare had been originally scheduled for October 12 to celebrate Mental Health week but had to be postponed to November due to the inclement weather we were having at the time. The Masquerade Ball was a fun event aimed at encompassing the ideas that ‘keeping active and connecting with others are great ways to promote positive mental health and wellbeing.’

The night’s light spring breeze ensured that excited revelers remained cool even behind their masks and costumes. Music played within the marquee with attendees either dancing happily or snacking on the light supper provided. With about 100 people in attendance, the night had gotten off to an excellent start! At around 7.30pm Karen began to move chairs industriously to clear a rather large space within the car park, and this began to pique the interest of the few people not dancing. Not more than five minutes later, the music was suddenly stopped as a large dark 4WD vehicle appeared at the end of the driveway, its red and blue lights flashing wildly and siren blaring loudly. “It’s a bust!” I heard one party goer exclaim, which now ensured everyone’s attention was focused on the activity happening in the carpark.

With the vehicle heading slowly down the drive, still flashing and blinking, a voice began talking from the megaphone on its roof. The confusion was still quite rampant, (many still thinking it was a raid), but attention was soon swayed to the strange man walking down the drive alongside the vehicle with a mystical green illuminated shield of power flowing from his hands, as if directing the whole spectacle. Whispers turned into murmurs, then into excited chatter then finally erupted into a total deafening silence that was quite poignant as the vehicle finally stopped five metres from the party goers.

“Is that Dr Strange waving the shield?” the whispers started again. As a ‘reputable media reporter’ that ‘just happened’ to be on the scene, I could certainly verify that it was indeed Dr Strange standing not more than two metres from me. I, like many others, could not contain my gasp of awe! Waving his glowing green shield of power authoritatively, he then turned to the vehicle in a commanding manner, intent on drawing all eyes from him to the vehicle. It was now, that the evening took on an even more fantastic turn, as the doors of the vehicle suddenly opened and out hopped, Spider-Man, Ant-Man, Gamora, Nick Fury and Star-Lord. “Could an event get any more exciting?” I thought, clearly glad to have gatecrashed this particular masquerade ball. With Super Heroes present, the revelry went up a few more notches as the heroes were quickly surrounded by excited fans all wanting to meet, greet and be photographed with their favourite her

Chaos ensued as the superheroes moved into the marquee, the music starting back up almost immediately proving a little-known fact – superheroes can get down and boogie with the best of them. Spiderman in particular showed his dancing prowess as he took to the dance floor with avid fan Josh, both of them clearly intent on stealing the show. When the Village People’s ‘YMCA’ started playing I thought the marquee would collapse from the sheer noise and excitement as both superheroes and masqueraders stomped and sang their way through the much-loved song. It’s a memory I know I will never forget, and I am sure it is one that will stay in the hearts and minds of all who attended for years to come.

Deciding I needed a headline to encapsulate the magnitude of the events of the evening, and knowing that I couldn’t let my arch-rival Lois Lane from the Daily Planet take all the world literary credits, this roving reporter put her instinctive nose for stories into gear and headed for the food tent. Quickly deciding that although the cupcakes were delicious, they probably would not get me the multi-award winning headline that I was looking for, I then checked out the little party franks, nah …. they probably had even less chance of giving me the literary accolade I craved. Totally nonplussed as to what to focus my attention-grabbing headline on, I asked Dr Strange and Nick Fury for help. It was as I was staring into their eyes, totally mesmerized as I listened to their ‘superhero-ness’ that I thought, “Hey, we have superheroes on the Fraser Coast!” Now that would add a touch of pizzazz to my story. It was with my usual air of professionalism that I then turned to Dr Strange and asked him, “So..um… ah..um…what.. mmmm..exactly are all of you…ah… doing….um… ah… here in Hervey Bay?”

Totally flabbergasted by my expert verbal fluency, Dr Strange caught in a moment of …. ‘awe’ ….was….’totally struck silent’….. and so it was actually Nick Fury who answered. “We all live in the area. Not exactly the Bay, but we come from the region, more specifically Maryborough, Childers and Bundaberg. ”It seems our intrepid superheroes are not merely Marvel Comics heroes, they are also real live local heroes that have formed themselves into a group that spends their free time doing wonderful community works such as visiting fans at masquerade balls, attending fundraising events for worthy causes and collecting money for various charities through their attendance at markets and other planned events. The group have been together for just over a year and have brought a touch of class to the meaning of superheroes. Their costumes are fantastic, their attitude in their roles convincing, their hearts, compassion and dedication to their cause worthy of ‘hero’ status. They do what they do merely because they want to give back to the community by helping those who need it. They also take great pleasure in the joy their work as superheroes brings to their fans. I can certainly say that I witnessed much of that joy this evening. The happy smiling faces as captivated fans took photos with or danced with their favourite hero was a pleasure to watch.

I truly believe the world is a little brighter because of the work these selfless superheroes do, and I am most honoured and very glad to have met them.

Now I can most assuredly say, that I have seen true superheroes in action, and it is something that not only warms the heart, it brings inspiration, joy, and gives new meaning to the word ‘awesomeness-ness’!

Oh and let’s not forget the other local superheroes on the night, Karen and her team from Centacare who made the whole incredible event possible.

The night brought much joy to all who attended and will be talked about for months to come. Superheroes in the Fraser Coast! Who’d have thought? How’s that for an award-winning headline?

Should you need to contact our Super Heroes, they are always very happy to help. Catch them on their Facebook page: United heroes of the world supporting real heroes.

Q. How do all the oceans say hello to each other?
A. They wave!

Q. What do you call a bear with no teeth?
A.  gummy bear!

Q. What do you call cheese that isn’t yours?
A. Nacho cheese!

Q. Why do bees have sticky hair?
A. Because they use honey combs!

Q. What do elves learn in school?
A. The elf-abet!

Q. What’s faster, hot or cold?
A. Hot! You can easily catch a cold!

Q. What starts with E, ends with E and only has 1 letter?
A. An envelope!

Q. How does the moon cut it’s hair?
A. eclipse it! 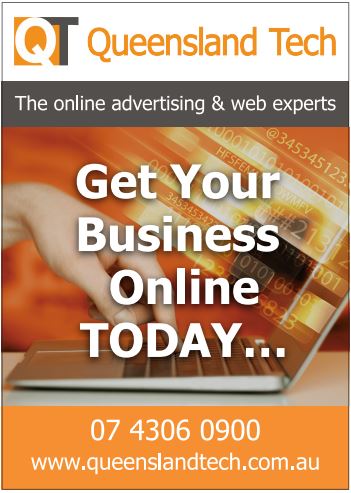