You are never too small to make a difference 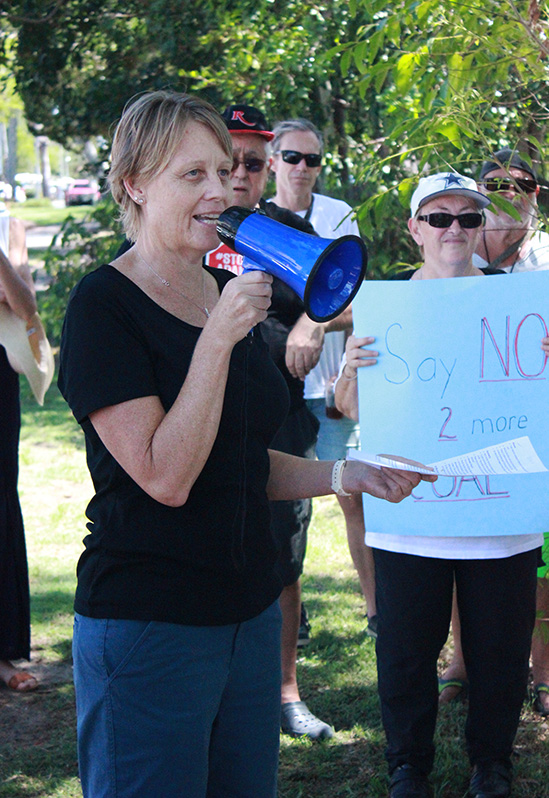 A group of Hervey Bay children and adults have become part of a global grassroots network calling for climate change action. On Friday, March 15, local families and other concerned members of the community joined an estimated 1.5 million young people in 125 countries calling for world leaders to move away from our fossil fuel dependency and transition to renewable energy.

The global strikes were inspired by 16-year-old Nobel Peace Prize nominee Greta Thunberg who has protested outside the Swedish parliament every Friday since August 2018.

At a local level, our school strikers have three demands for Australian political parties: stop the Adani coal mine in 2019, commit to no new coal and gas projects, and transition to 100% renewable energy by 2030.

Organiser of the Hervey Bay strike Charmaine Savage, who is not aligned with any political party or environmental group, said time was running out for politicians and parties to rise above their differences and listen to the climate scientists.

As an applied scientist with a career in environmental management spanning more than 26 years and a Masters in Climate Change Adaptation, Charmaine said she felt compelled to step up to help the children.

“I can’t look at this next generation of people and not do anything. Adults and politicians need to listen to our young people’s demands, otherwise we are leaving it to them to fix our mess,” Charmaine said.

“Modern young people have unlimited access to information and many are aware of the effect that the burning of fossil fuels, current agricultural practices and land clearing are having on our environment.”

A 2018 report by the Intergovernmental Panel on Climate Change stated human activity had already caused 1°C of global warming. The IPCC’s team of climate scientists have outlined the climate impacts resulting from a 1.5°C increase and the significantly more severe impacts resulting from a 2°C increase. The IPCC believes at the current rate, and doing business as usual, the planet’s temperature will sail past the 1.5°C limit by around 2040. 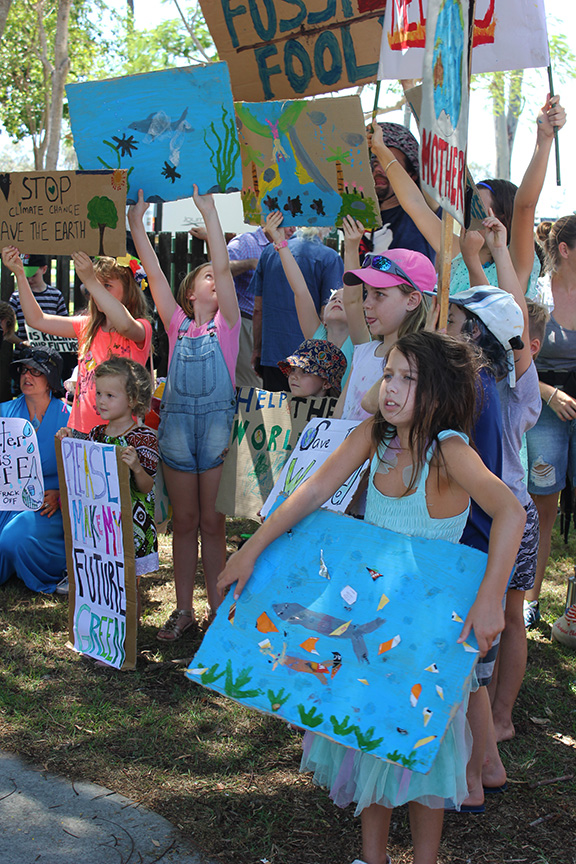 “We are already experiencing the effects of global warming. In Australia, a 1.5°C increase will result in more extreme weather events, including heatwaves, droughts, bushfires and storms, plus rising sea levels. At this point, 80% of coral reefs will have disappeared.”

In 2015, Australia joined almost 200 other countries to sign the historic Paris Agreement, making a commitment to keep global warming well below 2˚C above pre-industrial levels and pursuing efforts to limit the increase to 1.5°C.

“The IPCC believes limiting warming to 1.5˚C is possible but this would require a global shift towards renewable energy sources. It’s an unprecedented challenge but it is possible if we take action now,” Charmaine said.

“It’s heartening to see the groundswell of support lead by community, but unfortunately we’re not seeing enough action from our government. Ten years ago we appeared to be moving towards renewable energy sources, but I thought we would have implemented more changes by now.”

Countries such as Sweden, Germany, Scotland, Costa Rica and Nicaragua are leading the way by embracing solar, wind and geothermal energy. Sweden is on track to achieve its goal of eliminating fossil fuels from electricity generation by 2040, while Costa Rica has produced 95% of its energy from renewable resources over the last four years.

“Obviously Australia is much larger than these countries and we would have to adapt differently, but we have our own unique geography – we just need our government to make a commitment to our environment,” Charmaine said.

“The young people who are taking part in the strikes have done their homework and are wondering why we aren’t limiting fossil fuel and moving over to renewable energy.”

Our young people are just getting warmed up – the 2nd Global Strike For Climate is scheduled for Friday, May 24, 2019. Community members of all ages are invited to attend.  Follow the School Strike 4 Climate Facebook page for more details.

Vox Pops – Why is this strike important to you?

“I want our planet to survive and be healthy.” Sam, 10

“I think it is important to let politicians know about climate change so we can change the future and make sure it doesn’t get worse.” Iluka, 9

“I am going to be a vet and I care about all creatures. We need to help the world’s creatures and also cut down on plastic use.” Tahlia, 9

“I care about animals and I want to help them.” Jemima, 9.

“I think it is ok to use plastic now and again but we need to be better people.” Dailigh, 12

“Plastic doesn’t break down and its around for a long time.  If it gets inside turtles they die.” Taliesin, 10 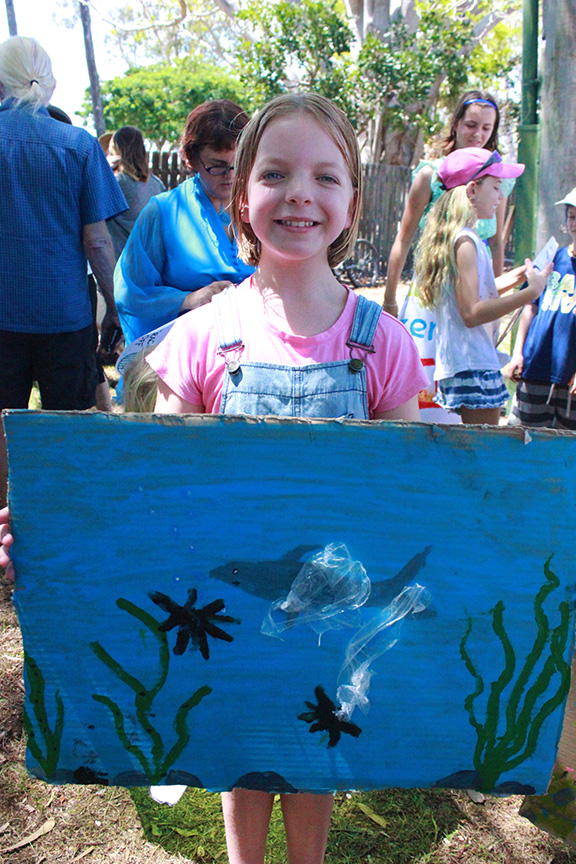 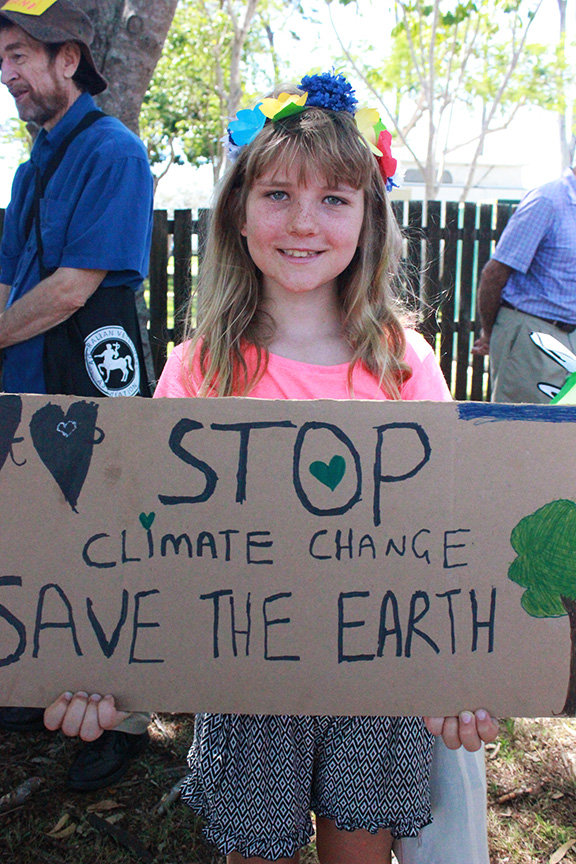 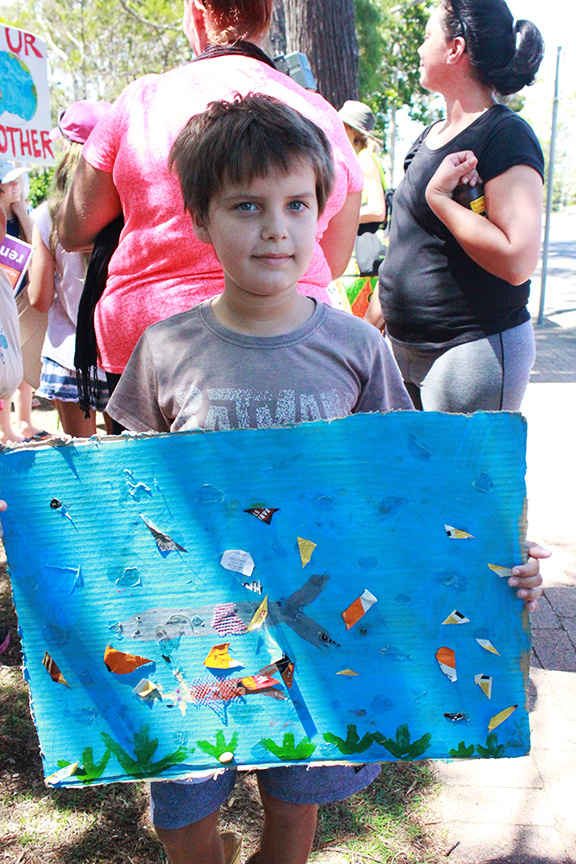 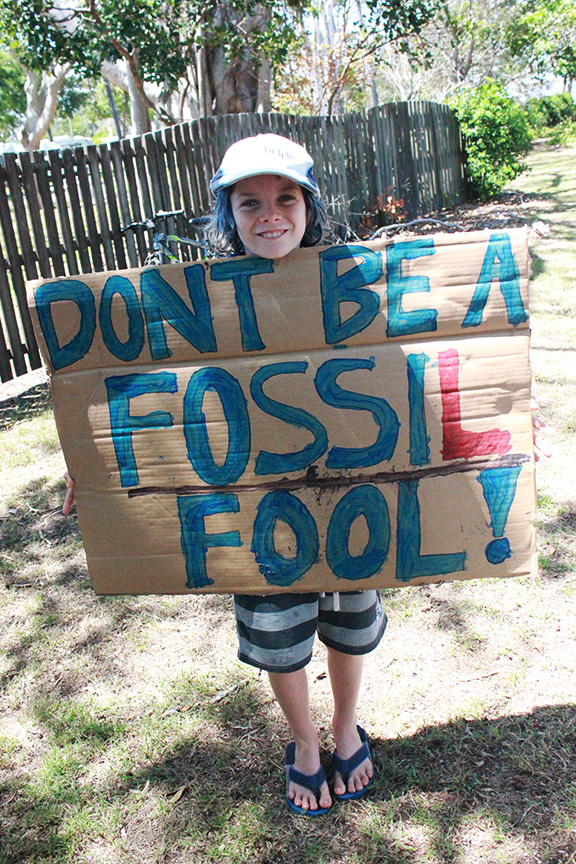 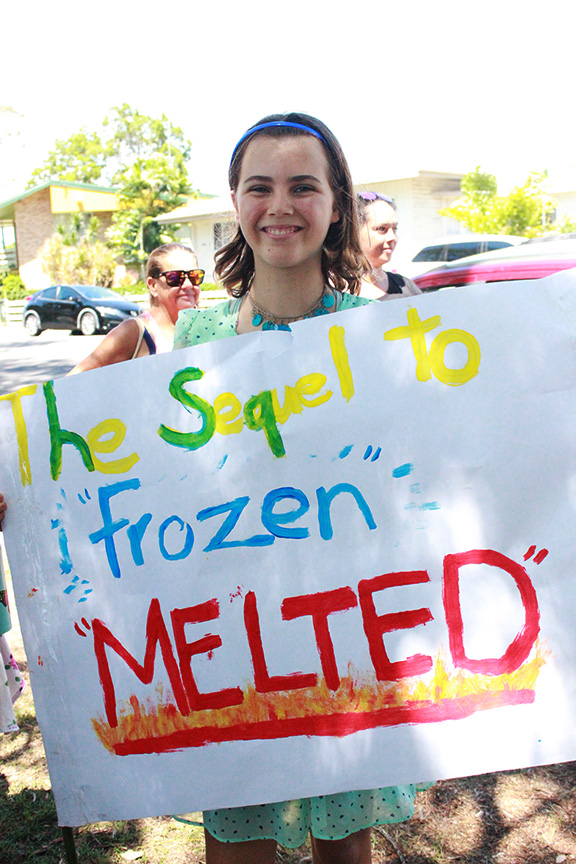 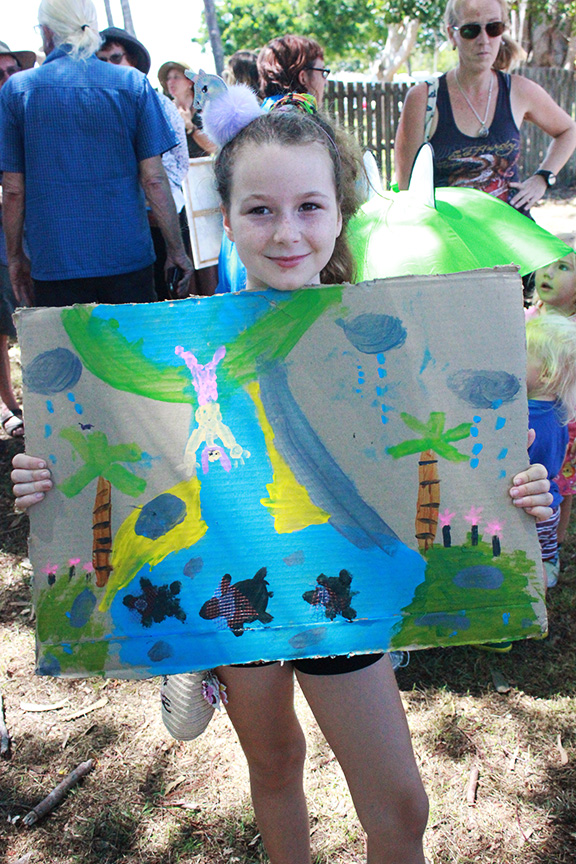