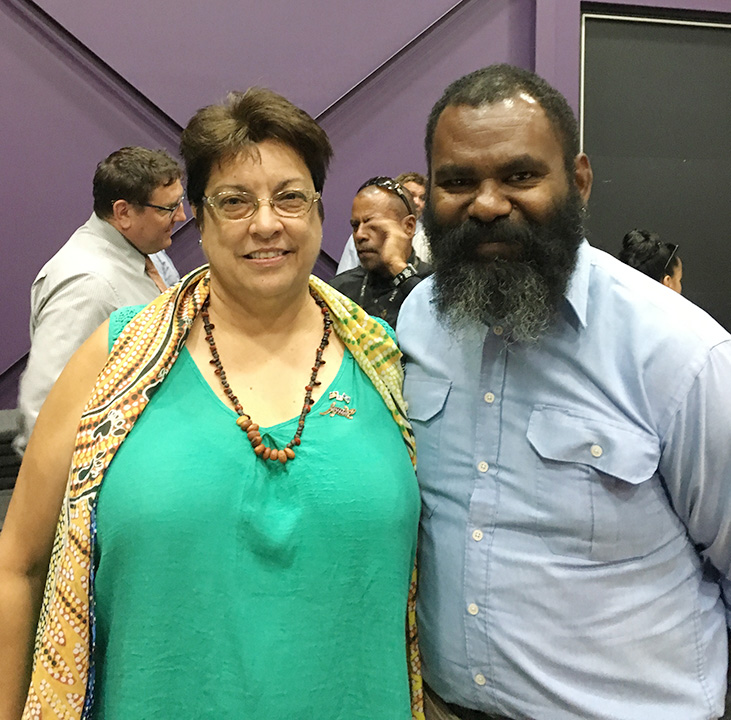 On 13th February 2008, Australian Prime Minister Kevin Rudd addressed parliament and the nation with a national apology that formally acknowledged all the wrongdoing and the decades of abuse and suffering caused by racial policies that saw children taken from parents, indigenous people isolated on reservations and generations lost. The apology stopped the nation with both indigenous and white people gathered in public places crying and hugging each other as the speech opened some wounds and cauterised others, the Australian people listening and watching the momentous event live from wherever they could. The speech detailed atrocities against Indigenous Australians that occurred from the time of white settlement until a generation or two ago. It was a moment in Australian history that should be remembered. A moment that should be talked about and discussed.

On the 11th anniversary of the Apology, The Beacon went to the Brolga Theatre, Maryborough to hear Butchulla (Badtjala) Indigenous Elder Aunty Karen tell her story. She began by saying that the day was important as it was a time for all to reflect on the past mis-treatments and take the first step in creating mutual respect. She said that the former government policies had affected her immediate family members self-esteem, experiences in society, and cultural identity.

The national Apology was a forward step in reconciling our nation, but it should not be accepted that this is by any means the end of the journey. Although the government and Australian people have slowly begun to acknowledge and react to the injustices made to indigenous Australians, there is still a long way to go before full reconciliation can occur. The atrocities of the past cannot so easily be forgotten, nor should they. The government has work still to do. The Aboriginal Deaths in Custody Report in 1991 and Bringing Them Home Report 1997, are some measures taken but there is still much that needs to be done.

Conversations and the telling of stories is an important part of both understanding and healing as Aunty Karen so eloquently states, “I have been asked why we keep talking about something that happened 200 years ago. I’m not connected with the Jewish community but I will always respect and recognise the trauma they had to experience during the war. It is important to bear witness. When we can tell our stories and not be met with that question, when we are met with someone that says; “Yes I understand that hurt,” then maybe our stories will be heard less and our healing will be acknowledged and accepted.” It is important to note that much of the injustice recognised in the apology happened as recently as the 1960’s. As part of her speech Aunty Karen read from a document called a Certificate of Exemption which was given to Indigenous people to allow them to leave a reservation or mission and live in towns. It stipulated that in order to walk freely through town without being arrested, Indigenous people were prohibited from speaking in their native language, associating with fellow indigenous people, including their own family members, dancing and other native customs. They could enter into a shop, but shop owners could choose whether or not they would be served.

“This” Aunty Karen states as she points to a copy of an Exemption Certificate, “Is dated 1951, so I love it when people say this was happening 200 years ago,” she said. “Our family members, our aunts, our uncles, and our grandparents were affected by this in different ways.” Looking around the room, many of the audience members nodded in acknowledgment. Aunty Karen said each Indigenous person had stories to share about personal, family and community experiences, and called on them to share their stories.  “Do not dwell on them but do it to recognise the pain that was sometimes and is still experienced,” she said. “Share with those that can listen and acknowledge – yes I feel that pain. Together we can support each other to heal and move forward.”

“It’s amazing that people didn’t know what was happening to our aboriginal communities.” In the 1970’s Australian white children learnt of apartheid in South Africa, with no knowledge of the segregation and abuse being given to our Indigenous Australians only a few years earlier. Exemption Certificates only stopped in 1969. It is not that white Australians are all racist, but many are still ignorant. It is here where remembering and acknowledging the anniversary of the Apology is important for all Australians as through the sharing of stories and histories, understanding grows and ultimate healing is achieved.

We cannot change the past but we can and must learn from it. To remain ignorant without acknowledging our mistakes, leaves room for these atrocities to reoccur. There is strength in talking about that pain. There is strength in listening and acknowledging that pain. There is strength in apologising and strength in forgiveness.  As Aunty Karen said in her speech, “I share these stories on behalf of my community. My life and my community have given me the opportunity to see, hear and show pride in the resilience of our people. I hope in time we will hear from others that have strong important stories to tell.” So let us all, listen and listen well, for every story worth telling needs ears willing to stop and hear.