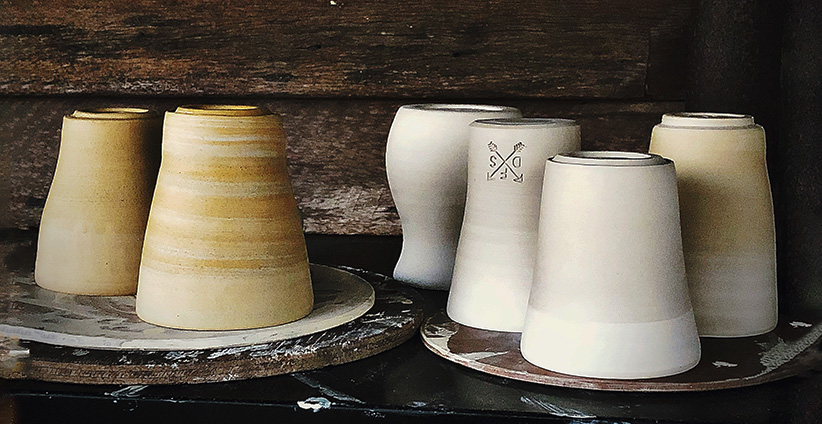 Derek Smith – Another Side 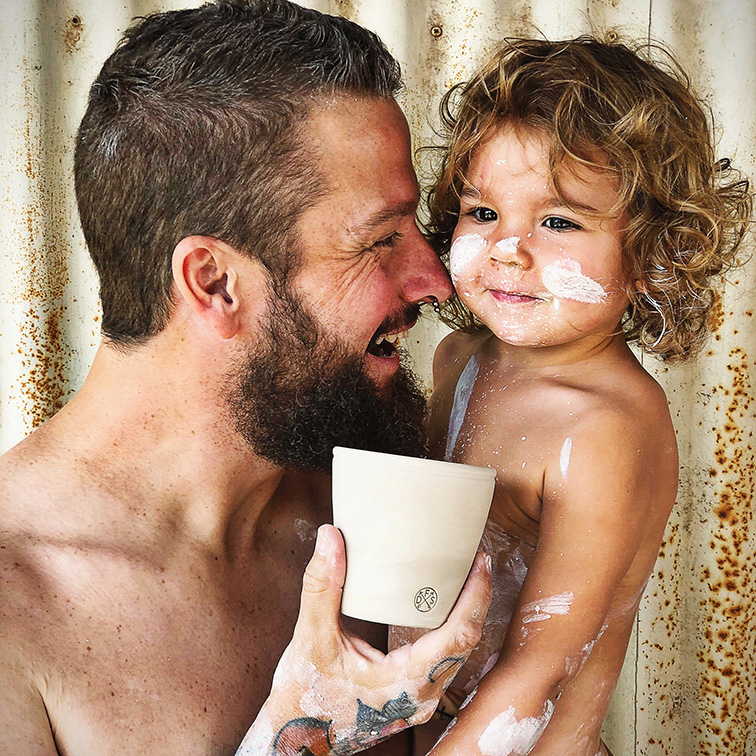 Most of us around the Fraser Coast know Derek F. Smith for his incredible voice and guitar playing. The Beacon however are very excited to introduce you today to another side of Derek F. Smith.

As we drove up the long driveway on Derek’s eight acre block of land, surrounded by horses, chickens and ducks, and with storm clouds brewing noisily in the distance, we were met by the intriguing sight of Derek F. Smith, sitting in a weather-worn timber lean to shed at an old potters wheel….potting.

We had entered the remarkable new world of Derek F. Smith – Potter!

As Derek’s hands expertly started moulding a lump of undefined clay into his next creation, he spoke quietly of his love of pottery and the relaxation it brings him. Having done a few workshops in  Mudgeeraba 8 years ago, Derek developed his skills further by watching YouTube videos and with long hours of practice. Derek admits that as of late he has not been spending as much time on his pottery as he would like, but with a new 10 week old baby girl and increased music commitments one cannot blame him. He still however manages to produce anything up to 18 items a week which he sells through the Dreaded Potter Instagram and Facebook sites.

‘People have just been snapping them up!’ Derek says proudly, ‘I’m finding it hard to meet demand.’

Derek is a great believer in sustainability, with a keen interest in finding ways to help reduce the amount of waste we produce. His passion is to create a series of reusable coffee cups that will replace and help reduce the number of disposable coffee cups used. The cups he has already produced are truly beautiful and have taken a great deal of patience and technique to create.

Understanding the clay and its levels of shrinkage not only through the natural drying process but also through the firing in the kiln has been a great challenge perfecting. His old but reliable kiln has also added its own hardships to the process, as much of the timing and temperature levels are done manually needing Derek’s constant attention and checking to ensure firing times and heat levels are accurately maintained to guarantee the products quality and integrity.

Being travel mugs, the tight fit of the pre-made food grade silicone lid is imperative and through much trial and error, and the incorporation of a small lip around the edge, Derek has achieved a remarkably tight and safe lid fixture. 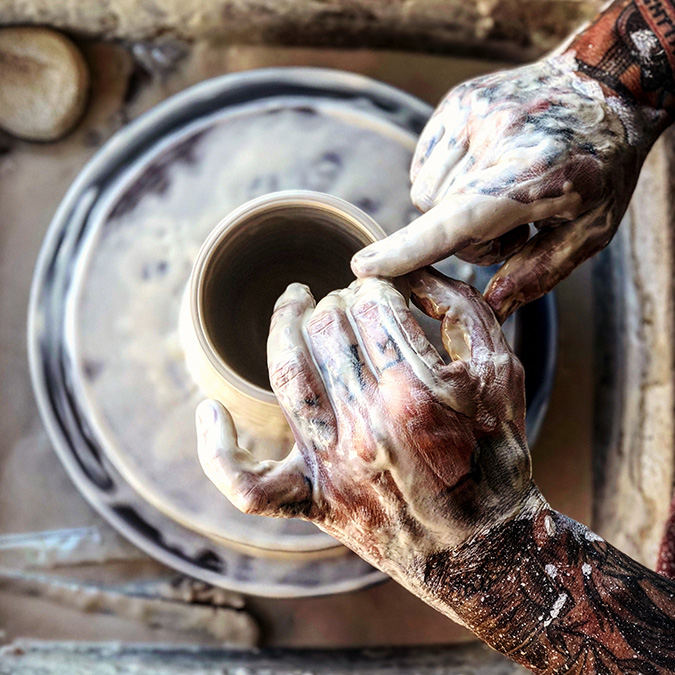 These reusable travel mugs are nothing if not beautiful. The glaze work is incredible! It would be the greatest of joys to produce one of Derek’s wonderful travel mugs each time you purchased your takeaway coffee!

Derek of course makes all types of other pottery ranging from normal mugs through to bowls, plates and vases. He is only limited by time. Derek is very keen to ensure that pottery at this point in his life remains purely a hobby, a way for him to get away from the stresses of life, especially now that music- his previous hobby, has become his occupation. He regards himself as lucky to be able to do what he loves to earn a living, but also needs a break from it and pottery gives him that escape.

Derek loves the idea that he is using substances directly from nature, ie clay, to create lasting and useful works of art. Pottery is a craft that goes back centuries- one whose techniques have changed little over time. It is also an art that has been telling stories of history throughout the ages, as it reveals itself through archaeological digs around the world.

The thought of someone digging up his pottery in a thousand years time and trying to determine it’s history and maker is one that gives Derek great joy. Making something from materials straight from the earth, that has a purpose, is beautiful, unique and most importantly reusable is important to Derek. The thought of permanency, of sustainability, of someone finding his work in the ground years later to become a part of history puts a mischievous grin on Derek’s face as he says, 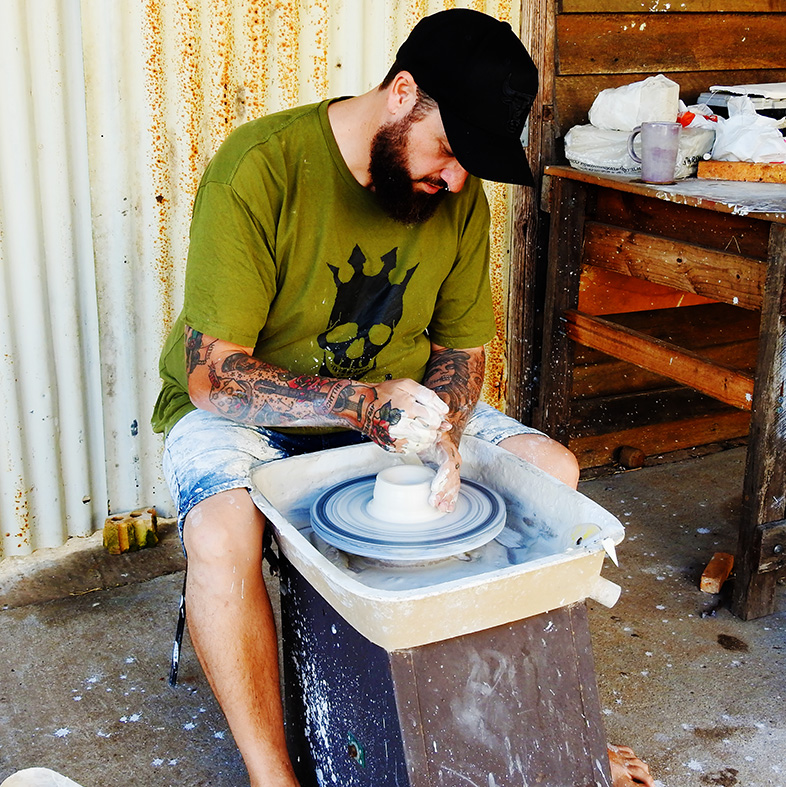 ‘I like the idea of someone finding my work in years to come and wondering, ‘who made that!’’